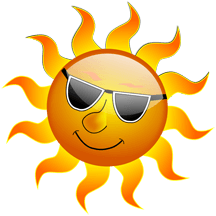 There is a difference between how much Vitamin D people are really getting from their diet compared to how much they think they are getting. According to the 2013 Functional Foods Consumer Survey that was recently discharged.  Out of the sixty-eight percent of people who took the survey by the International Food Information Council Foundation and thought they were getting enough vitamin D daily, only thirty-two percent of them were actually meeting the recommended Dietary  Reference Intakes (DRI).

1000 adults between the ages 18 and 80 were surveyed and their responses were compared to data from the National Health and Nutrition Examination Survey and Dietary Reference Intakes.

The authors of this study concluded, “effective messages about functional foods must address the top barriers to functional food consumption and foster… belief in the health benefits..to motivate consumers to achieve and maintain optimal health through diet and lifestyle modification.”

We’re mandatorily currently closed and will reopen between April 15th-April 30th. Stay tuned by following our Instagram for more details.